TenCate Geosynthetics is a major manufacturer of geosynthetics. At the production facilities in Bezons near Paris, TenCate produces geotextiles in rolls, which all are packed into a film for protection against dirt and moisture during distribution. 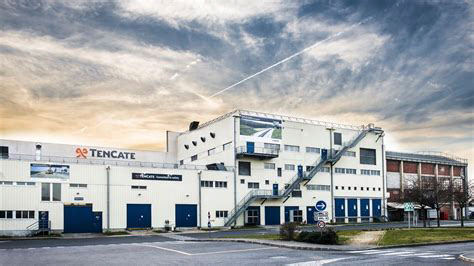 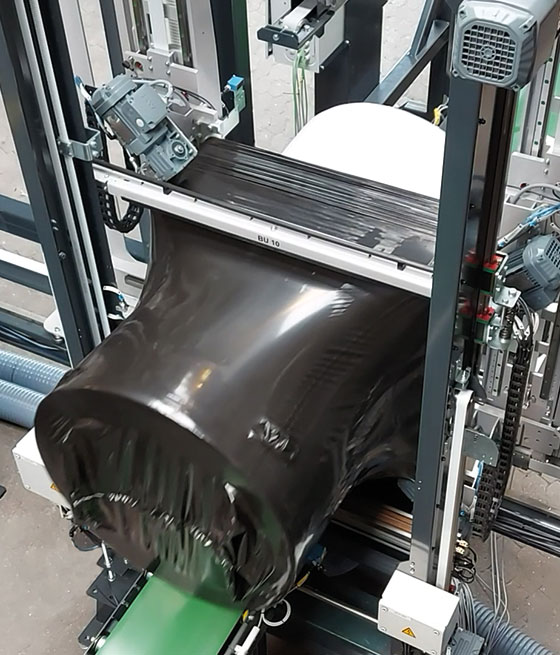 The tight packaging removes an excessive use of film for packaging, which TenCate previously needed to reduce by heat shrink anyway. Also, stretch film has a higher puncture resistance than shrink film, which enables reducing the film thickness without compromising the packaging quality. It has reduced the film consumption, just like the energy consumption has decreased after removing the heat shrink oven. Overall, RoRo StretchPack® have contributed to improving the sustainability compared to the heat shrink packaging line.

The safety area has also improved. Firstly, removing heat shrink has eliminated the risk of fire at the packaging line. Secondly, there is further safety for the employees as all operations immediately stop when someone enters the safety zone.

The new packaging line is a versatile solution, which can pack random-size rolls. Currently, TenCate is producing rolls in widths up to 6200 mm, with a diameter of up to ø800 mm. To cover the product range, four film sizes are used. Each film stand can hold a ø800 mm film roll, which contains up to approx. 2.4 km film with a film thickness of 100 my. The high film capacity limits the number of film roll shifts. TenCate is using the four film stands, for a combination of different film sizes and film with different print and branding. The fact that the roll is not passing through a heat shrink oven anymore, ensures uniformity and a nice appearance of the logo printed on the film. 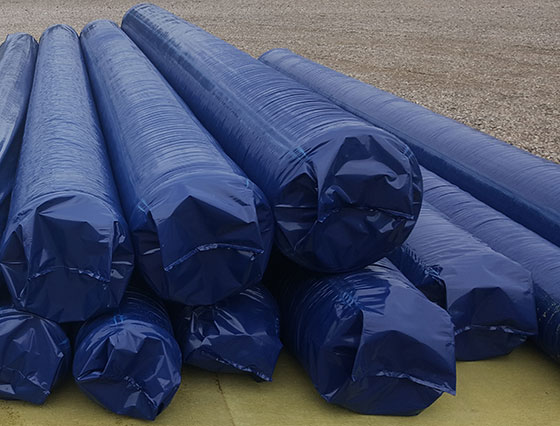