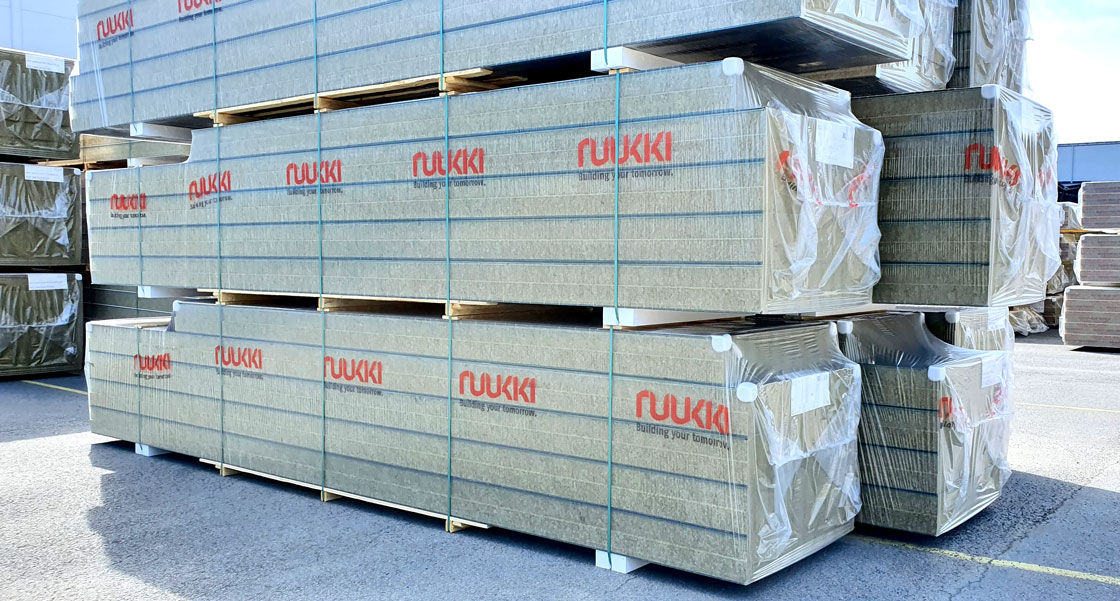 Ruukki has installed a new packaging line at the Alajärvi plant in Finland for the packaging of up to 13.5 m long sandwich panels. The new RoRo StretchPack® packaging solution has increased the capacity by 40% while the packaging watertightness has been improved.

At the plant in Alajärvi, Finland, Ruukki is producing sandwich roof and wall panels. The panels are produced in different sizes and lengths up to 13.5 m. The packaging line is an important part of the production, so a thorough investigation was done before Ruukki decided to replace their previous orbital stretch wrapper with a RoRo StretchPack® solution from Tentoma.

The requirement for better watertightness was the main reason why Ruukki was looking for a new packaging solution. Esa Lehtimäki, who is the portfolio manager for the Building Envelopes business area at Ruukki Finland tells: “Our sandwich panels are used for large building projects, and they are often the last elements to be installed. Because of delays in the building projects, the panels are sometimes stored for a long time on the construction site, where they are exposed to different weather conditions. Moreover, the panels are transported on open trucks.” He explains, “We have earlier experienced that due to pressure from the wind during transport, sometimes water ingresses between the film layers from the orbital wrapper. It was especially in heavy rain the water started to penetrate the packaging. We want our panels to have the most optimal condition when they are going to be installed”. These issues have been eliminated with the new packaging line. Instead of using multiple layers of 60 cm wide wrap film to cover the panels, the new RoRo StretchPack® solution uses one long tubular stretch hood film to cover the whole panel package. It provides a full waterproof single-layer packaging with a strong short waterproof sealing on each end. 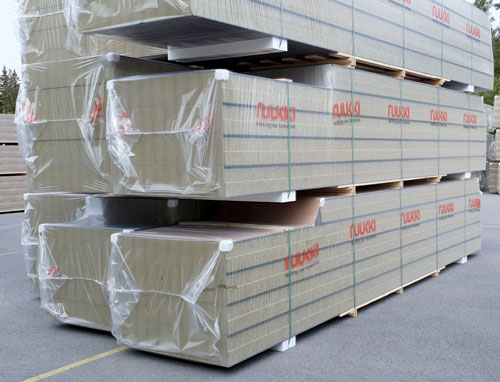 The new packaging is smooth and tight, and with the printable film, the packed sandwich panels are now branded nicely with the Ruukki logo.

Installing the new packaging machine was also an opportunity for Ruukki to optimize all processes around the line to reach the most efficient packaging flow. Esa Lehtimäki says: “Previous there were two processes on the packaging line: First, each end of the sandwich panels was covered by a separate piece of film. Secondly, the panels were packaged by the orbital wrapper. Now we only have one process, because with RoRo StretchPack® packaging and sealing are done in the same operation. This has given us an improvement of the capacity on 40%, which has removed the bottleneck on certain product types.”

Another benefit is that the time being used to change film rolls has been reduced significantly. The RoRo StretchPack® machine can use film rolls with a larger roll diameter, which means that with the currently selected film thickness each roll contains 2,5 km of film. Ruukki now only needs to change film once a week, in contrast to earlier, when Ruukki had to change film roll once or twice each day.

The new RoRo StretchPack® solution has also led to a reduction in both film and energy consumption. Ruukki has a sustainability strategy, to reduce the CO2 emission from processes at Ruukki by at least 25% in 2026. The new packaging line meets this requirement. 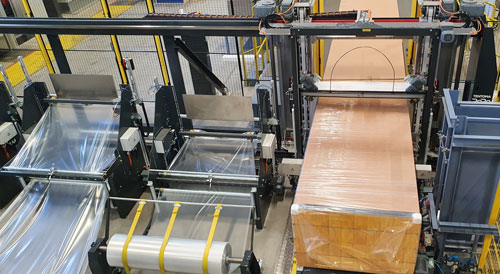 The new RoRo StretchPack® at Ruukki is doing packaging and sealing in the same operation. This has given us an improvement of the capacity on 40%, which has removed the bottleneck on certain product types.

In the initial project phase, Tentoma did test packaging of the sandwich panels in Denmark, which were shipped to the Ruukki plant at Alajärvi in Finland. Esa Lehtimäki says: “We decided to test the packaging and the film quality, so we punched a hole in the film on one of the samples and loaded it on an open truck. The hole in the film was positioned in the front of the truckload, so it was exposed to the wind while driving. The purpose was to test the tear resistance of the tubular stretch film under difficult conditions. The truck drove 500 km up north to our site in Rovaniemi close to the arctic circle. In Rovaniemi, the panels were reloaded on another open truck and returned another 500 km to Alajärvi.” After returning to Alajärvi the packaging was still intact, and the punctured hole had not torn itself larger. Ruukki has also sometimes experienced that the film from the orbital wrapper was tailing during transport. This problem is eliminated when using a tubular stretch hood film for packaging.

A short and efficient project process

Esa Lehtimäki who has been running the project is happy about the process. “To avoid major obstacles, we had a weekly online meeting with the technical project manager from Tentoma. The ongoing dialogue was a great help to ensure a smooth installation process. The only issue was that we realized that Tentoma had to lower the height of the machine to fit the conveyors at Ruukki’s plant. It was corrected before installation and didn’t cause any delays”. Finalizing the physical installation of the RoRo StretchPack® took 2-3 days. It took some more days to align and adjust the packaging process with the production line. A service engineer from Tentoma was present at the plant all the time to support and train the key users.

Esa Lehtimäki concludes, ”From Ruukki’s side we are satisfied with the new packaging line. Honestly, it went better than I expected because it was in the middle of a challenging time due to the corona crisis. From we contacted Tentoma, until the final installation of the new packaging line it took only a year.” 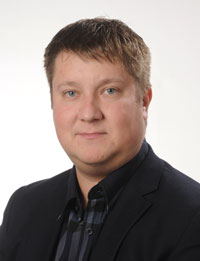 Esa Lehtimäki at Ruukki Finland concludes: ”...we are satisfied with the new packaging line. Honestly, it went better than I expected because it was in the middle of a challenging time due to the corona crisis. From we contacted Tentoma, until the final installation of the new packaging line it took only a year.”